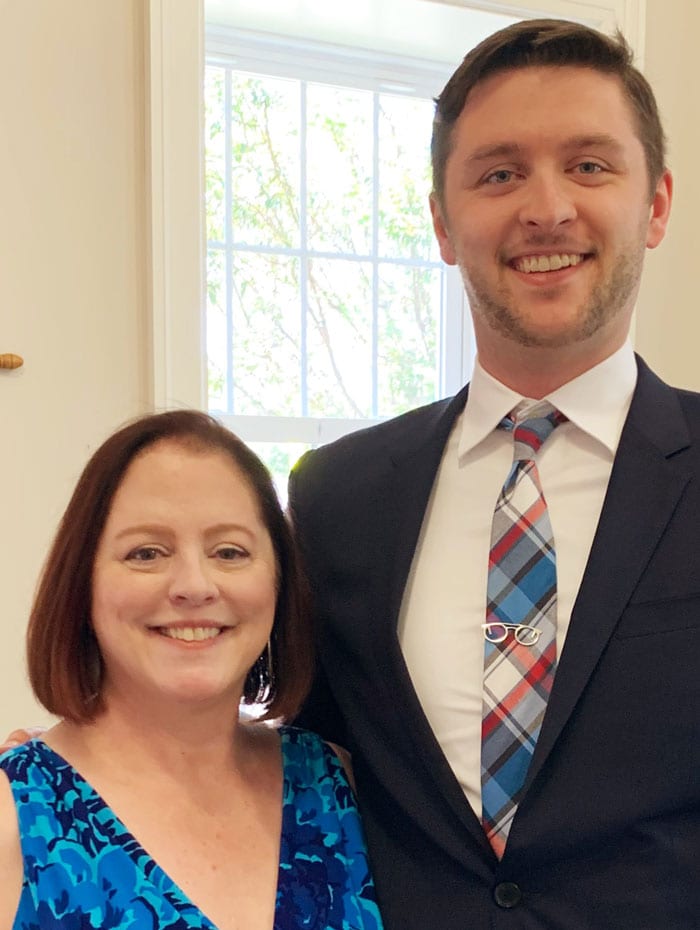 About Ellen at Ellen Marie at Home

Hello! My name is Ellen Rossano, and I am so happy to welcome you to Ellen Marie at Home! Every blog has an “About Me” section, and it’s right up there with crafting a resume — it’s a difficult thing to write. Since this blog is about all things home, let’s start there.

This new home in Knoxville, Tennessee is the seventh home I’ve ever lived in. My childhood home was in New Bedford, Massachusetts. I went to college in Rhode Island, and various jobs took me to a few apartments around MA. When the Mister and I got married, we bought a house in Hingham. After 26 years at one address, one kiddo, and various geographic bachelor pads around the world for My Husband the Engineer, we upped and move to the foothills of the Smoky Mountains.

I served in the U.S. Coast Guard, wrote about the commercial fishing industry, worked for the Canadian government in Boston, did a stint as a reading teacher, owned a retail design store, worked in a variety of positions in emergency management, and now am working on home décor, wreaths, floral designs, and paper crafts.

In 2015, I got a head cold that took a crummy turn, and I ended up being one of the millions of people who have a chronic illness. Viral cardiomyopathy and congestive heart failure have caused me to have a permanent cardiac defibrillator, which so far, has never even thought of going off. I have no coronary heart disease, thank goodness, but having to think about your heart all the time can be exhausting and annoying, sometimes at the same time. I don’t have the boundless energy I used to (nothing to do with being older, I’m sure!) but I’m working on it.

I have been married to Graham for 26 years. He was a U.S. Navy officer when I met him and has worked as a nuclear engineer since leaving the Navy 25 years ago. I refer to him as “My Husband the Engineer,” “The Mister,” and a few other things, depending on my mood.

The best thing we ever did was have our one-and-only son, James. He was Jamie from the day he was born until he went away to college and became James. We call him all sorts of nicknames, but I won’t embarrass him here. Unlike The Mister, he is active on social media and will probably read this. He is not only very tall (6’5”) and pretty handsome (hey, I am his mother,) he is smart, kind, funny, hard-working, and an all-around great human being. His superpower is being a great friend, and I know he will go very far in this world.

There’s more, but I’m saving all that for the semi-autobiographical murder mysteries I plan to write in my dotage.